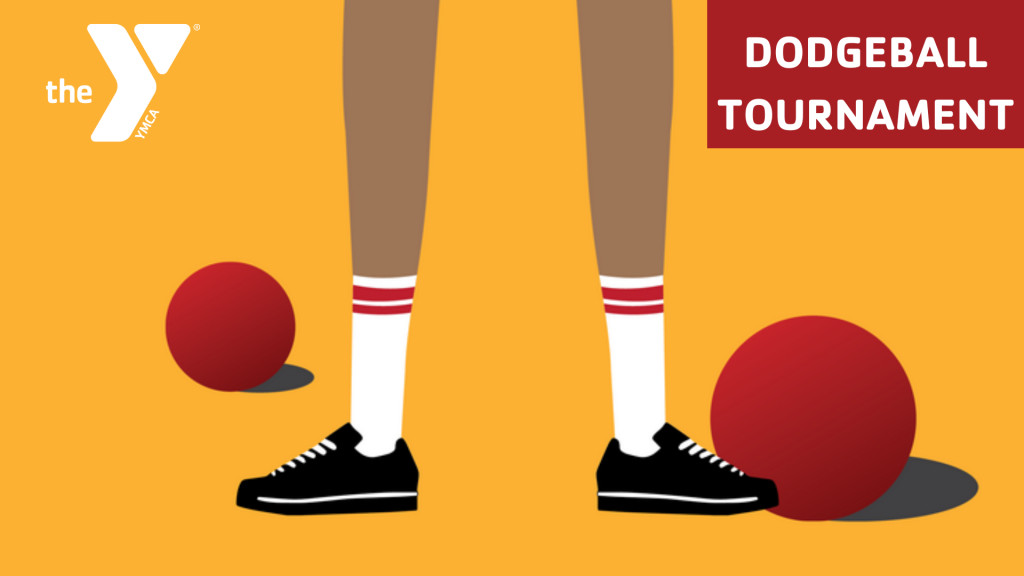 Dodge for a Cause! Get a team of 6 players together and participate in our 2nd Annual Dodgeball Tournament. Teams will be made up of 6 people. Available for participants age 16+. Round robin for placement begins at 9am, followed by a double elimination tournament. Bracket layout and cash prize amounts will be determined by number of team entries. Child care will be provided from 8:30-12pm. Check-in will begin at 8:30am. Register your team by calling the YMCA or stop in by February 24th.

Check out the full tournament rules below!

Each game lasts up to five (5) minutes running time. Each game starts with six (6) balls lined up on the mid-court line. Each team must be lined up behind their own end line at the start.

Game begins by placing the dodgeballs along the center line – three (3) on one side of the center hash and three (3) on the other. Players then take a position behind their end line. Following a signal by the official, teams may approach the centerline to retrieve the balls. This signal officially starts the contest. Once a ball is retrieved it must be taken behind the attack-line before it can be legally thrown.

The object of the game is to throw the ball at the opposing team and contact one or more of the opponents. Any person contacted by a thrown ball on the fly is out of the game. Deflections off of a teammate count.

If the thrower hits a player and the ball is deflected and caught by the opposing team, only the player is out. If it hits anything else other than a person, it is a dead ball.

The thrower is not out if the ball is caught after deflecting off anything other than a player or a ball.

If the ball does bounce off an opposing player or ball and is then caught the thrower will then be out. This is true even if a different player catches the ball.

Once a player is out he/she must leave the playing area to a designated area on his/her side.

All players are confined to one half of the playing court, with the boundaries designated by lines on the court. Any player who steps out of these lines will be considered out with the exception of rule 8 stated above. If a throw carries a player out of bounds, he/she is not out, unless it is in the process of dodging a ball also.

The winning team is the team with the last person left on the court, or the team with the most people on the court after five minutes. If there is a tie a one (1) minute overtime period will proceed. If another tie occurs the first team to eliminate an opposing player in the second overtime will be declared the winner.

Players are expected to be honest and take themselves out when the time comes, but officials will also be there to help.

Teams are not allowed to cross the center court line under any circumstances. Any part of the foot touching the line is considered crossing.